Throughout the impeachment inquiry, Republicans have objected to this rushed process. The GOP witness during the House Judiciary Committee’s hearing last week on impeachment, law professor Jonathan Turley, argued that the House is moving too fast and should make a more significant attempt to obtain further evidence.

It’s true that investigators have yet to talk to several key officials who may be able to directly implicate or clear the President, or to subpoena Trump himself. But Turley’s argument that the current impeachment process is rushed misses the larger, and arguably more important, point — that if, in the interest of speed, the House fails to push harder for testimony and documents from Trump and other top officials connected to the apparent Ukraine scheme, the House risks diminishing its power to hold the executive branch accountable in the long term.

The House has the authority to compel witnesses to testify, and if it doesn’t use that authority, it could accelerate the erosion of congressional oversight power.

Make no mistake, the gaps in testimony are due to the Trump administration’s blanket obstruction of any congressional oversight. The White House has blocked executive branch witnesses from testifying and withheld key documents from Congress. The House has yet to hear from alleged key figures in the Ukraine affair, like Secretary of State Mike Pompeo, former Energy Secretary Rick Perry, acting White House Chief of Staff and Office of Management and Budget Director Mick Mulvaney, former national security adviser John Bolton, and Trump’s personal lawyer, Rudy Giuliani. 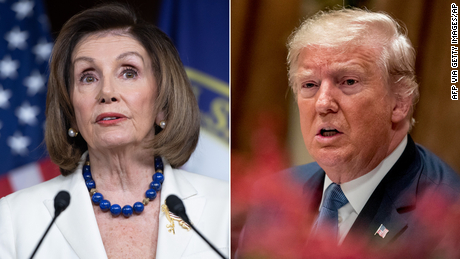 But the House still has options for obtaining evidence from uncooperative witnesses. Using these options would strengthen its position in the current inquiry and more importantly for future oversight.

To start, while the House Intelligence Committee issued subpoenas to the White House for documents, the committee declined to issue subpoenas requiring testimony from key witnesses, like Giuliani, Bolton, and Trump himself. The House should do everything in its power to force these officials to testify while it still can.

The House needs to do all it can to push these individuals to testify, not only to best determine whether the White House obstructed Congress but also because it would affirm Congress’ power to compel witness testimony — a power it will want to preserve long after the impeachment matter is over.

That means holding key witnesses — like Mulvaney, Bolton, and Giuliani — in contempt of Congress. Even if contempt votes won’t successfully force Trump officials to comply before the House votes on articles of impeachment, the House still has a responsibility to demonstrate how far the Trump administration will go to block congressional investigators from gathering key evidence.

The Senate, of course, also has a responsibility to make every attempt possible to require testimony from officials close to Trump, and during a trial it would have the
opportunity to call witnesses to the stand. It’s not likely the Senate will do so, however, since it would require a majority vote. Republican leaders in the Senate have not given any indication yet that they’re eager to force officials like Mulvaney and Bolton to testify. 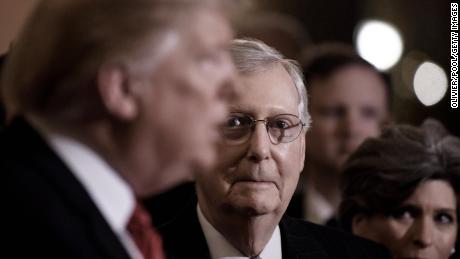 It’s likely that House Speaker Nancy Pelosi is seeking to avoid difficult contempt votes for Democratic members facing tough elections next fall, but there is more on the line. Congress needs to use every tool at its disposal before moving to impeach the President. If the probe is incomplete, it should only be because of a historically uncooperative administration, not because House leaders moved too quickly for political reasons.

House Democrats seem to have figured this would take too long.

“It has taken us eight months to get a lower court ruling that (former White House Counsel) Don McGahn has no absolute right to defy Congress. Eight months, for one court decision,” House Intelligence Committee Chairman Adam Schiff said as House Democratic leaders announced the articles. “If it takes us another eight months to get a second court, or maybe a Supreme Court, decision, people need to understand, that is not the end of the process,” predicting McGahn would then claim executive privilege, meaning yet another court fight and even more delay.

Schiff is right: Even if the effort were successful, and courts did force key witnesses to cooperate through the civil contempt process, it would likely take months or years. (For example, the fight over subpoenas in the Fast and Furious investigation during the Obama administration took nearly eight years to resolve.)

But it’s a false choice. For one, trying to force top officials to testify wouldn’t have to stop the process in its tracks; it could be pursued while the House considers impeachment articles based on current evidence, and it could continue even after the full House votes on them. 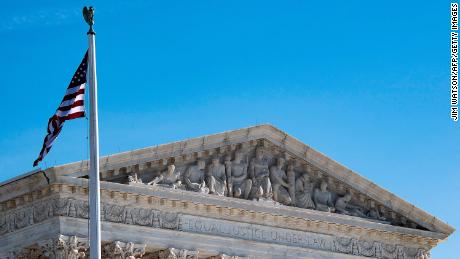 The current impeachment process aside, Congress must be able to conduct oversight of the executive branch, which requires obtaining testimony and documents. Congress has this authority, but the processes through which Congress can enforce this power have eroded over time. In the past few decades, Congress has increasingly ceded its powers, including acceding to filing Freedom of Information Act requests to get information from executive agencies — a law that was designed for public access to information — thereby allowing agency officials to determine what information members of Congress and their staff are allowed to see.

It may be time to try a new version of criminal, not civil, enforcement.

Congress can file civil suits to enforce subpoenas in court, but congressional expert Mort Rosenberg
suggests a novel path forward: In a resolution to hold an official in contempt, the House could grant the speaker the authority to appoint an outside attorney to prosecute the contempt case, circumventing the Justice Department, which has refused to enforce the law against executive branch officials. That attorney could then go to the courts and call for a grand jury, which would consider the criminal contempt case.

This approach would likely be challenged in court by the executive branch or others, but the House should not fear that. Congress has the inherent authority to enforce its investigative powers, and the courts have backed that up for centuries. A court case over criminal contempt could also move through the courts faster than the civil litigation filed in McGahn’s case given that a criminal contempt indictment would have more serious consequences than a civil matter. 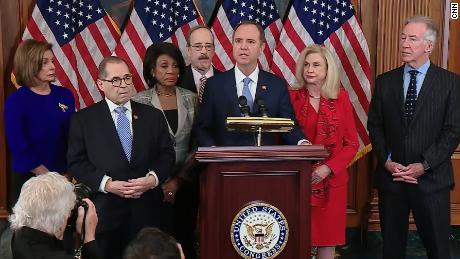 Yes, the process of trying to force top officials to testify could take a while. It may not ultimately help the House in its effort to move articles of impeachment against Trump. It could also put some members in the uncomfortable position of having to vote to hold one or more Trump administration officials, or the President’s private attorney, in criminal contempt.

But those arguments miss the broader point. Congress’ oversight power has dangerously
eroded over the past few decades, and by rushing this impeachment process, the House runs the risk of diminishing its oversight power even further going forward.

Congress should take the time to formally hold top officials in contempt now. Doing so would not only give the House the best possible shot at obtaining all available evidence, it would also cement Congress’ power to act as a check on future presidents.

Why India is reinventing the…

Trump in private: what really…